Together with Caritas, BBDO Düsseldorf launched an unusual campaign – because suicide is a highly sensitive topic. Among young people under the age of 25, it is the second most common cause of death, and it mainly affects men.

This campaign focuses on the song “#DuBistMirWichtig” (meaning: you are important to me) by pop singer Jonas Monar and the mobile game “One Life Only” developed by us, Cubidoo Entertainment. 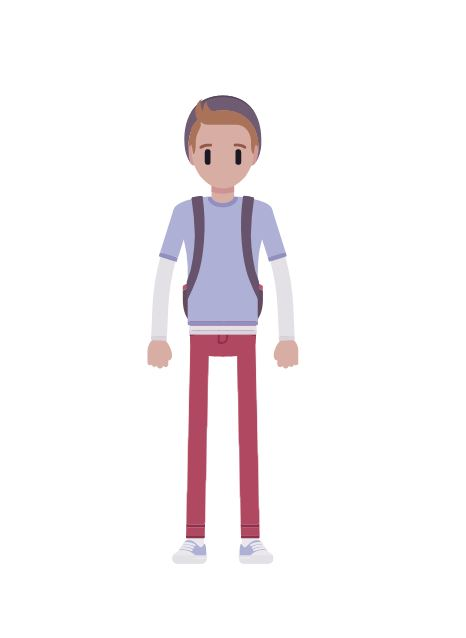 The #DuBistMirWichtig campaign is part of Caritas’ [U25] Germany. The [U25] offers a support service for suicidal ideation and accompanies through crises.

The campaign website has extensive information on the topic, interviews with young people and links to the game and the music video.

The game "One Life Only"

We developed the mobile game “One Life Only” in collaboration with BBDO Düsseldorf and the BBDO production subsidiary CraftWork, which can be accessed via the campaign website. Influencer Maxim also presented the game on his YouTube channel.

In the game for the campaign, as in real life, you only have one life. It presents a young man, who is plagued by depression and self-doubt; he could be anyone. He is going through a hard time and feels alone with his problems. Suddenly there is this feeling of losing the ground under his feet and being in free fall. He is attacked by mental monsters that drag him down further into the darkness. One thing though briefly gives him the feeling that things are on the upswing again: loving care. But the darkness is stronger. The mental problems increase, the fall is unstoppable. Game Over.

The serious game is aimed less towards those affected themselves rather than at those around them. It is meant to help them understand how they feel and that only consistent support can stop the fall. For this reason, the game turns into an emergency app of the [U25] online suicide prevention of Caritas at the end. 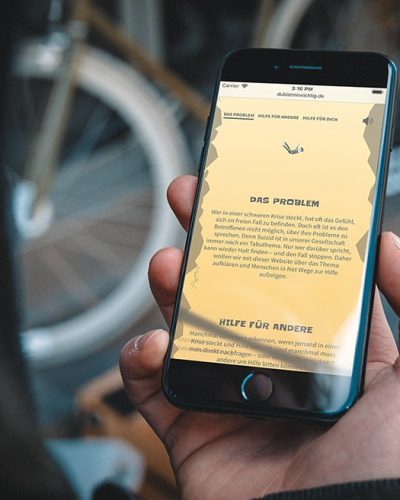 Singer-songwriter Jonas Monar and his record label Universal Music support the campaign with the song “#DuBistMirWichtig”.

The music video for the song deals with the subject of suicide. It also features excerpts from our game “One Life Only”.