We are Cubidoo Entertainment, a young development studio from near Cologne.

Our self-chosen task is to make the world a better place, bit by bit. But since we are not exactly top politicians and don’t always have the green thumb – which means that ‘planting trees by hand until the jungle stands again’ is not necessary – we have decided to develop games. (Ok, maybe also because we studied it and simply LOVE it)

We attach particular importance to the nature of the games. Computer games are a great medium to motivate, impart knowledge and stimulate activity. We use this potential to convey good and important values through play. And that’s exactly why we are currently working with a number of talented freelancers on our debut title “Lily & Leo”, a reading adventure for primary school children that focuses on the fun of learning.

With Cubidoo we have a clear vision of good cooperation and sustainability. From this vision we have formed our goals, which we pursue every day.

Without a good team it does not work! We rely on fair and humane dealings with each other. Transparency and honesty are part of our company credo – crunch time is not.

Work that is more than just a job. We work with passion on our projects and want to leave a meaningful footprint in the world. That’s why we focus on game applications in the learning and health sector.

As part of this environment, we have to take care of it to keep it healthy! That is why we work in a resource-saving manner. For us, this also means creating sustainable products for our customers and a sustainable future for our employees.

In addition to a number of great freelancers and experts, the core team of Cubidoo Entertainment, in particular, conjures behind the scenes. This is us: 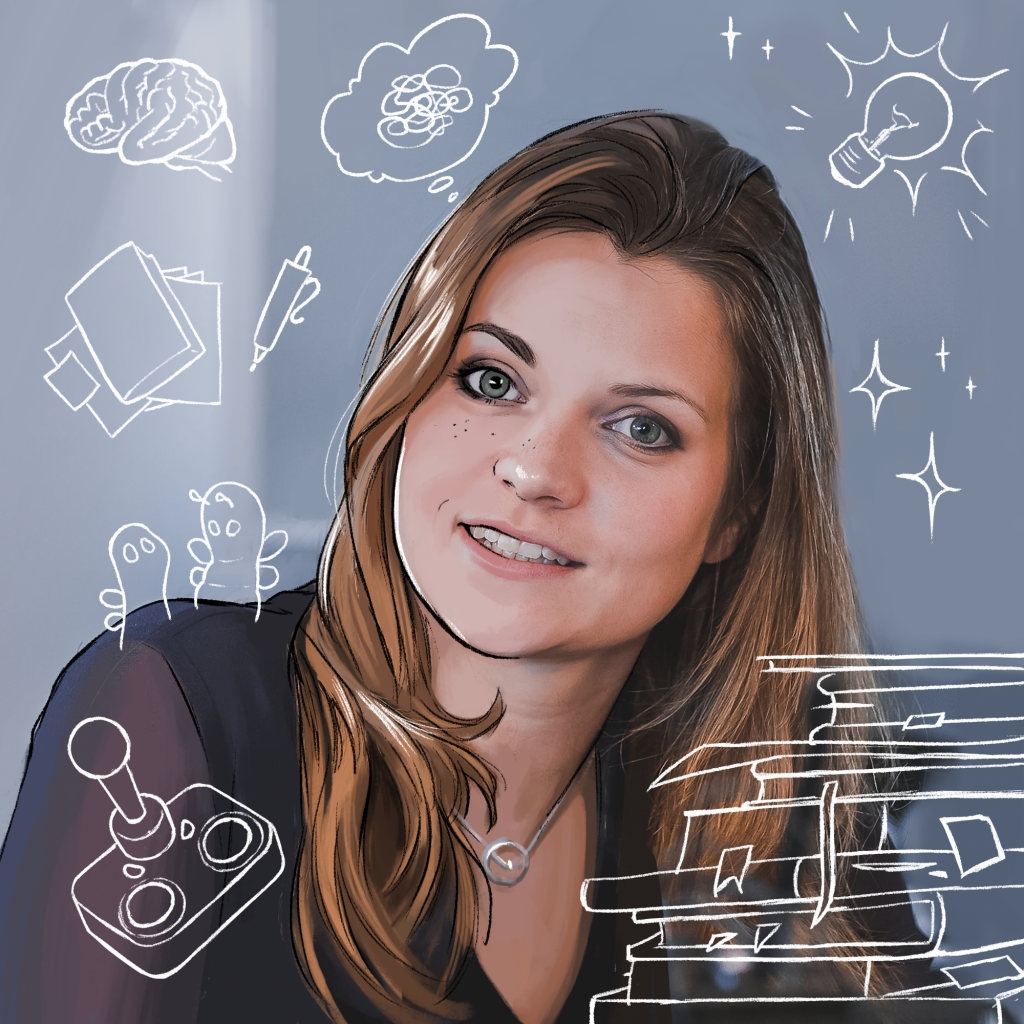 Kristin originally wanted to become a genetics researcher, be called “Prof. Dr. Dr.” and win the Nobel Prize for some kind of saucy invention. But when the human genome pool was decoded before she finished school, her second passion won: gaming. At Cubidoo she takes care of the vision (no, she doesn’t need to see a doctor), the business, the implementation and the regular feeding of the team.

After 15+ years in the world’s greatest industry, she is an experienced producer, has a master’s degree in game design, and has had many exciting assignments in her life. And because she can never really sit still, she is also a consultant for games, founding and gamification, deputy chair of the industry association games.nrw e.V., owner of The Art of Games, a special shop for gallery quality gaming art prints (*advertising*: super worth seeing!) and Co-Founder of INDIE Hub.

Lukas studied “Digital Games” at the Cologne Game Lab of the TH Cologne with a specialization in “Game Programming” and now he’s taking care of programming at Cubidoo. Coincidence? Probably not.

His nimble fingers make sure that every script and every class that hasn’t got to safety gets extended by a few lines. There are no errors. At least if you don’t log them.

When he’s not throwing code through the office, he runs his own gaming news site, tries to be the next big twitch-streamer, plays golf and darts (rarely at the same time, that didn’t went so well last time…), or networks at the events of this republic. 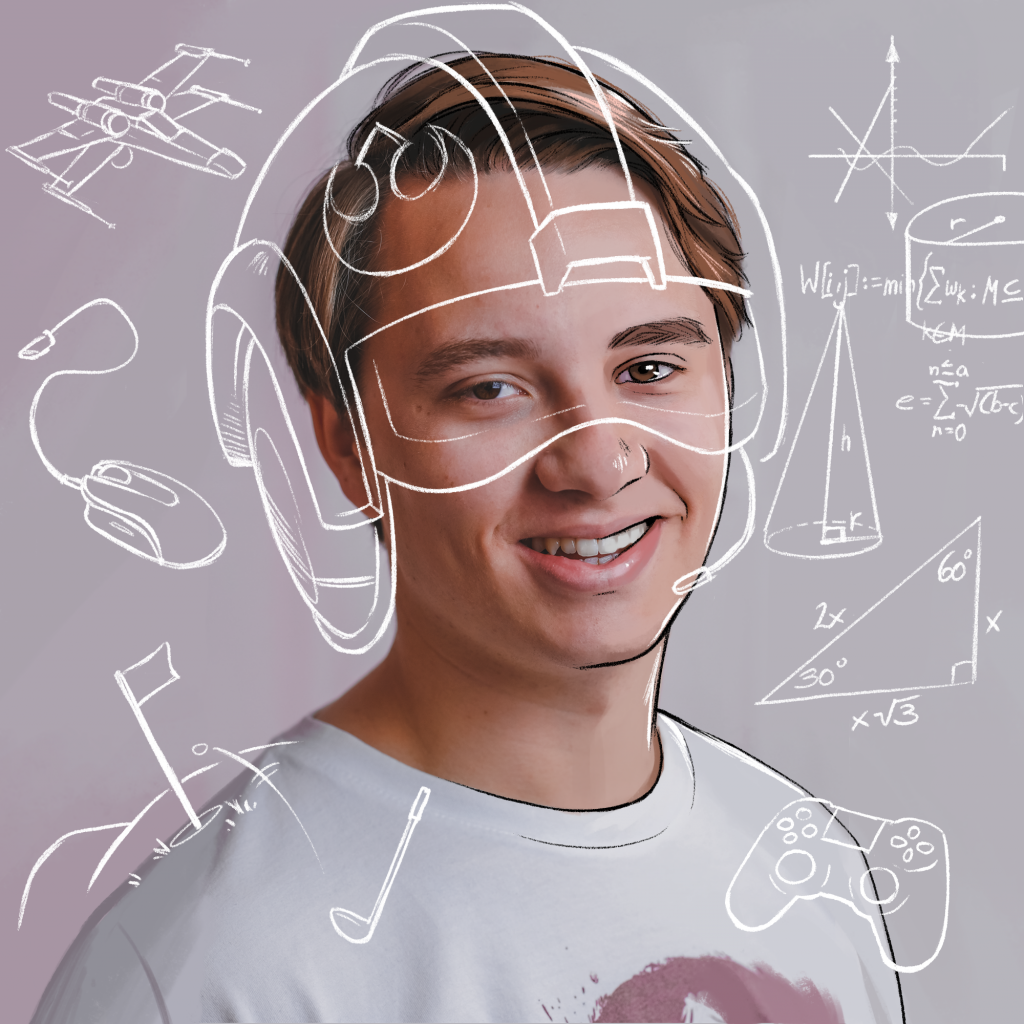 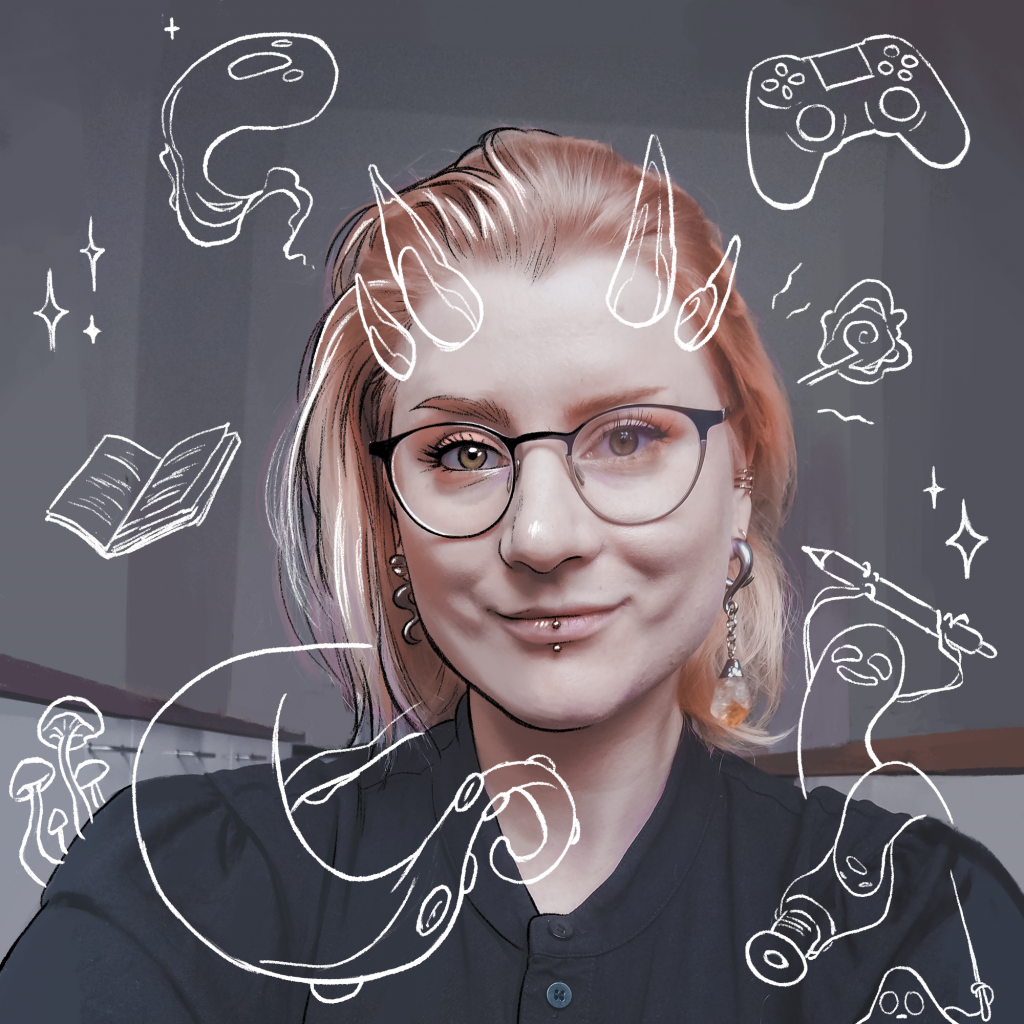 Kaja is our gifted graphic designer, who decided early on to make her hobby – illustration – her profession. After basic studies in communication design, she trained in classical illustration, painting and animation drawing.

Even during her studies she could not keep her fingers off video games and comics. How should it be different in her subsequent self-employment? She worked on projects such as “Ori and the Blind Forest”, created designs and illustrations for casual games and children’s books, published her own comic with “Tess und das Geheimnis der Waldhüter” and is also a lecturer for digital illustration and concept art. My goodness, is there any increase in “jack-of-all-trades”?

Well, and now she has fortunately landed with us. What would we do here without her? Probably stick figures… But even if she’s not making our apps more beautiful right now, she’s still very creative. Her heart beats for craftsmanship, be it sewn, glued or moulded. But no matter how exhausted she is after her craft sessions, please do us a favor and don’t feed her after midnight and don’t let her get wet. Thanks!

Dana’s way into the games industry was like an odyssey – yes, she has a background in the Humanities.
Before Dana joined Cubidoo, her journey first lead her into the academic spheres of literary studies. So, in recent years, Dana could mostly be found among (mostly dusty) works by French philosophers and British writers.

However, Dana’s true love has always been video games. From an early age onwards, she helped Mario to save Peach, flew through the air with Spyro (without cheating, of course) – and pushed some buttons in “Die Fugger II” (a German Business simulation game from 1996) because Dana was only 4 years old and didn’t know what was doing.

Today, at Cubidoo, Dana is able to pursue her greatest passions: writing texts, talking about video games and developing her own games. If someone were to tell little Past-Dana all of this… she certainly wouldn’t skip that dialogue. 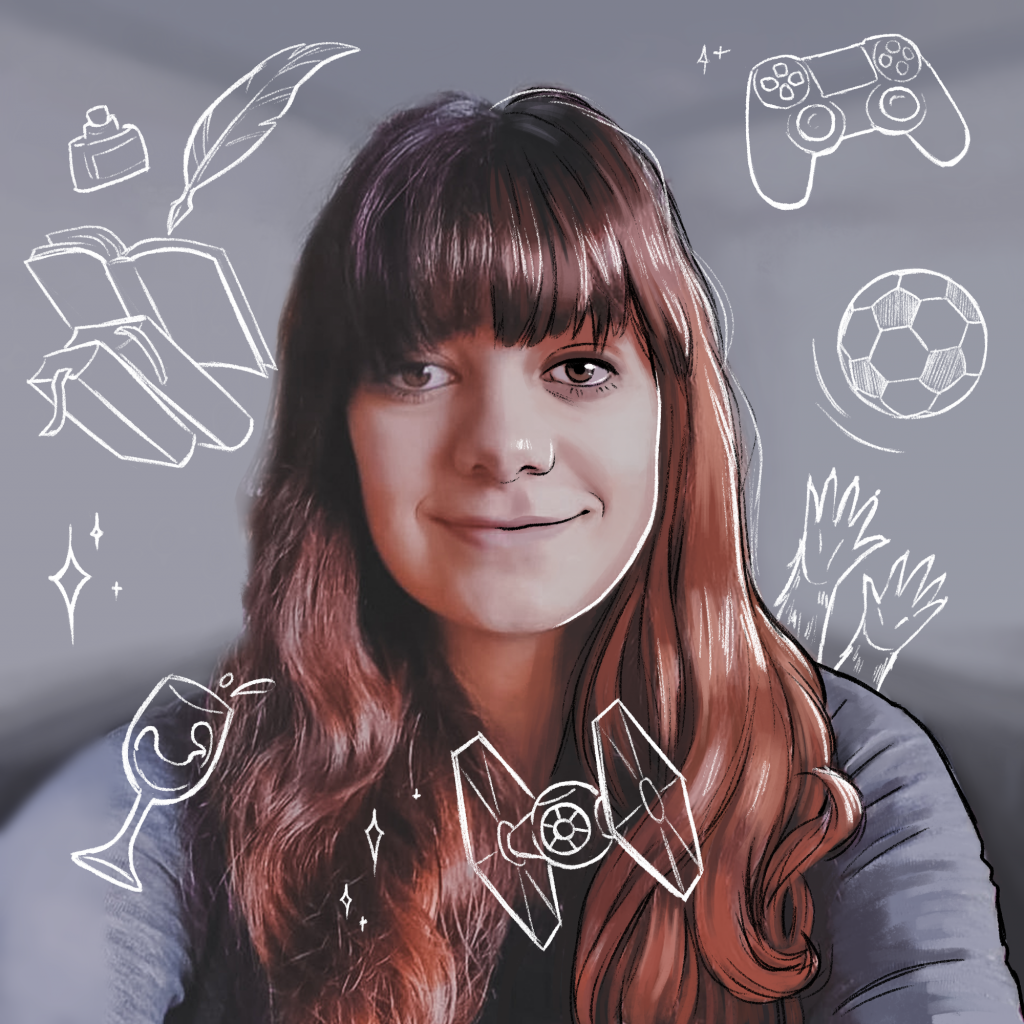 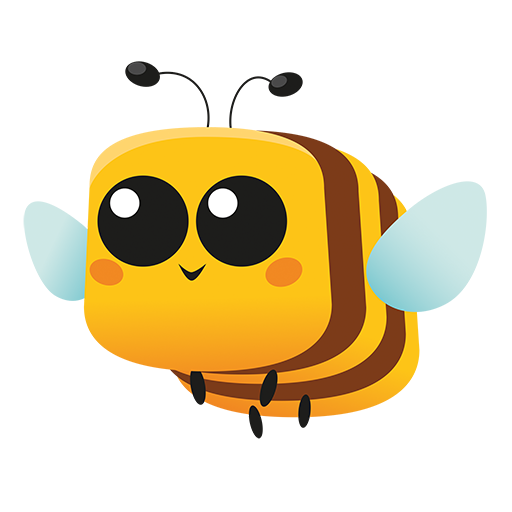 Do you want to develop exciting projects together with us? Send us an email to contact@cubidoo.de and apply. We are looking forward to your message!